I actually began writing this blog in the middle of the night, it may well have been the brightness of the moon that woke me. But then I pressed something on my iPad and lost the whole lot! Now, here I am in one of my favourite places in the house: at my desk.

I know it seems ages since I last wrote, but I really wanted to wait until I had the test results back following my operation last week. My surgeon actually rang to tell me that the nuclear bone scan showed no sign of cancer and my blood tests were all good.

The tissue they took during the procedure last week was also cancer free! It’s such a relief. It doesn’t matter how many times I tell myself  ‘it’ll be nothing’, until I’m actually told that, there’s always a niggle of doubt in the back of my mind. I have to add that reading through your kind and caring messages has been an absolute tonic for me. As always, I wanted to thank you VERY much indeed for them.

This last week has been very up and down and although I feel tired a lot of the time, I’m definitely on the mend now, although with some pretty impressive bruising! Thank heavens for SBC’s Arnica Gel and to Jackie Kabler, who very kindly donated hers to me via Kathy Tayler! I’d given mine to my godmother when she was poorly recently and had none left.

The operation was carried out at the same hospital that I’d had both my mastectomies, with the same breast surgeon. I’ve not really had much reason to go back to the hospital over the last four years, and apart from a different colour paint on the walls and a brand new remote controlled bed, the room looked very much the same.

However, I was delighted to see that they had brand new gowns – with a nautical stripe. They actually wrapped right round you, rather than leaving you bare down the back. And…  no more paper pants!! Check these out! Really snazzy stretchy cycle shorts, with no worries as to which way round you wear them:

The surgeon told me that he was going to take away all the scar tissue and spare skin that had been left when the implant had to be taken out. He would also remove the hard ridge that had been tethered to my chest wall and was definitely causing me discomfort.

Everything went according to plan and I eventually woke-up to find my right-side completely flat – something it has never been. The skin was smooth and felt very tight. Apart from a large sticking plaster, there was absolutely no evidence of what had been there before.

I have spent years trying to come to terms with physical changes the surgery has made. Even though for many women it is a huge relief to have no reminder of the disease, I have struggled with how it has made me feel. It’s something I tackled in my book ‘A New Kind of Normal’ and I realised from reading some of the reviews, I am not alone.

But now I feel differently. I see this flatness as a reminder of how incredibly lucky I am to still be here and to have a life to live in good health. I know full well that so many others are not this lucky. It‘s been difficult for Colin, too. He worries, and this is another change for him to get used to. However, he’s strong and kind and I’m lucky that he loves me, no matter what…

On the topic of health, although I so wish it was better news, I wanted to let you know that mum is still in the nursing home and still unable to walk. She is now refusing to eat or drink most things that are given to her and is very muddled. She has a scan on Friday and we are hoping against hope that this will give us some answers…

Obviously, the home can no longer keep her as their job is to rehabilitate folk, and she is not responding to any of the physio or care. The next step will be to get her back home with a team of carers that will visit three times a day, plus a fair amount of changes to the house to facilitate her immobility.

Colin drove me to see her a few days ago and it was very sad to see her so confused. Although, with some things she has absolute clarity.

It’s also very hard for her partner Joe, whose memory has deserted him and is becoming less lucid the longer mum is away. I’m hoping to see her again soon but the rest of the grandchildren and my sister are rallying, so they both have company. I know from some of your comments that you’ve been here with your own family and I thank you for not only sharing your experiences, but for your kindness and support.

I’ve also had support from my lovely family and friends. My children sent me this fantastic hamper with all my favourite foods. Lucy and Honey also came to stay and although I was unable to pick Honey up or cuddle her much, it was just great to have them here. This was Honey’s Playdoh picture of me – pretty accurate I thought on a day when I felt particularly peaky!

We had a little bit of sunshine, so I was able to sit in the garden with her – where we found this amazing beetle! I thought it was a scarab beetle, then remembered that they were black. Lucy said it was a shield bug? Any ideas? I thought it was absolutely beautiful.

The green colour is so like peridot, which coincidentally is the birthstone for August! I know this, because I should have been presenting a jewellery show this month and was sent images of a fabulous selection of peridot designs that are currently on sale, including this beautiful ring.

It works particularly well with the white gold, and the beautiful shape of the stone and saturation of colour is just stunning. The ancient Egyptians called peridot the “Sun Gem”, believing the stones had fallen from the sky. Strangely, it’s often found in lava deposits or meteorite showers. 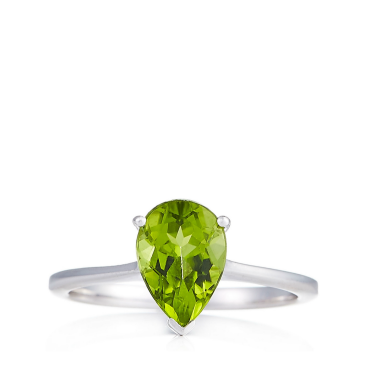 Honey loves having sleepovers with us. I’d just taken a delivery of Cozee Home’s new and very beautiful bedspread from their Sophia Rose range, in this pretty floral pink design (808621). I decided to put it on Honey’s bed and she said it was like sleeping on a marshmallow. I think it really perked the room up! It will be Today’s Special Value on Monday 19th August with the lovely Deborah Leigh and Miceal Murphy. As always with this brand, the price represents great value for money!

It is beautifully finished in this vintage style crinkle fabric with a plain backing, and you can choose from a number of different colours. It comes in either small or large sizes – this is the large one and is perfect on this standard double bed.

Time for a nap I think, but thanks again for keeping in touch. I’m off now until Thursday 5th September with my lovely colleague Charlie Brook, as he and I will be presenting a Diamonique Spectacular together that day.

Enjoy the rest of the summer,

Sign up to our QGossip feed to get the latest posts in your mailbox.

QVC uses first and third party cookies to enhance your use of this website and provide you with a personalised browsing experience. We do so in accordance with our Privacy Statement and our Cookie Policy. To learn more and change your preferences click here. By actively continuing to use this website, closing this banner or clicking the OK button below, you consent to our use of cookies.